Founded in 2017, Lacerta opened a brand-new R&D laboratory facility custom built to our specifications in the heart of Alachua, Florida.

Founded in 2017, Lacerta opened a brand-new R&D laboratory facility custom built to our specifications in the heart of Alachua, Florida. 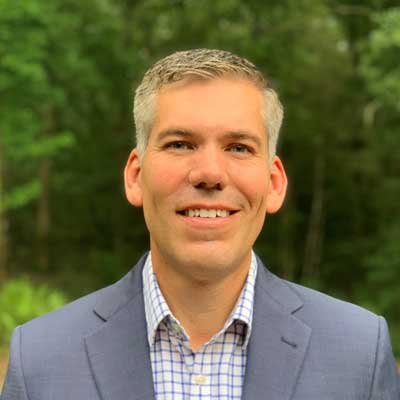 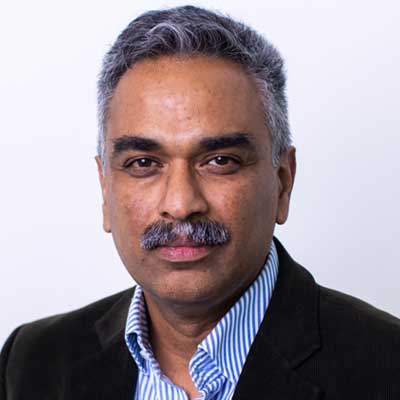 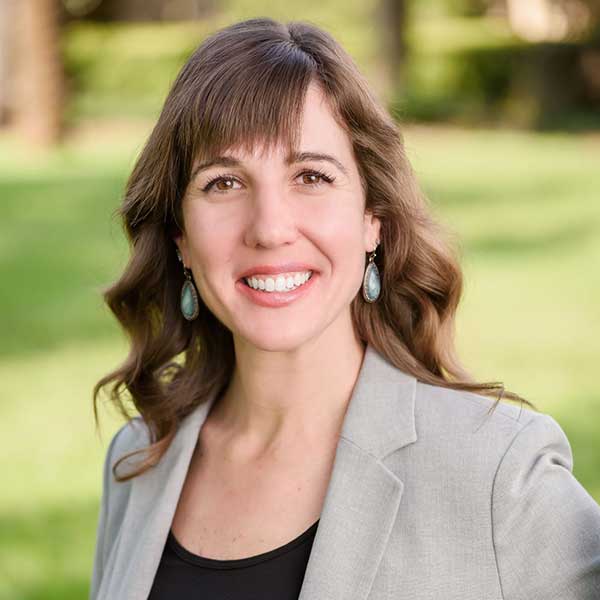 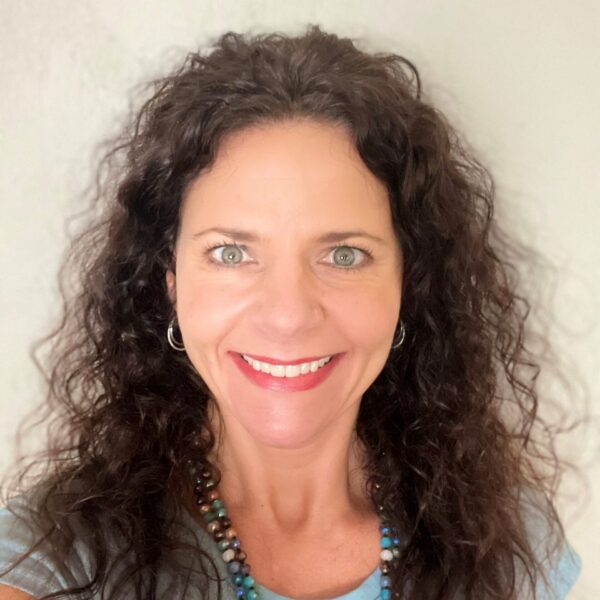 Dr. Streeter is currently the Director of UF Innovate Ventures at the University of Florida where he manages a venture fund for the Research Foundation. After assuming this role in late 2019, he recruited a luminary Investment Advisory Committee and began investing in 2020. The fund now has made investments in 9 companies often with high profile venture capital fund co-investors.

Prior to assuming his current role at UF, Dr. Streeter was the Senior Vice President Corporate Development and Strategy Quanterix Inc. a publicly traded company in Massachussetts.

Dr. Streeter was the CEO and Executive Director of the Florida Technology Seed Capital Fund a seed stage venture fund investing in companies commercializing technologies developed from state of Florida Universities, Colleges or research Institutes. Since inception, the fund has created over 50 companies with private investment matching Florida state funding at an 11:1 ratio and having over $2.4 billion in economic impact for the State of Florida.

Dr. Streeter served as the CEO of Banyan Biomarkers a spinout company from the University of Florida. During his time the company received over $110M in contracts and grants from NIH/Department of Defense and raised $20M in private capital for the development of a first ever blood test for traumatic brain injury and concussion. The Banyan brain injury test received FDA clearance on 14 February 2018, completed a license with Abbott Laboratories and was acquired by Biomerieux.

Dr. Streeter was the Founder, CEO and Chief Medical Officer of PhotoThera, Inc. where he raised over $120 million in private capital and was responsible for the design and management of five U.S. and international clinical trials for the treatment of stroke. The company was acquired in a private equity transaction. He was also the co-founder of American Veterinary Laser which was also acquired in a private transaction.

Dr. Streeter is the inventor of over twenty patents and author on multiple scientific publications. He has served on the following boards and executive committees including: Abfero Pharmaceuticals, Astrocyte Pharma, Genascence Inc., Lacerta Therapeutics, the Florida Research Consortium, Governor’s Life Science Task Force for the State of Florida, FBI counter terrorism south east working group, Walter H. Coulter Center Committee at the University of Miami, Department of Defense Grey Team in Afghanistan, Sid Martin Biotechnology Incubator advisory board, CADE Museum and the Gainesville Chamber of Commerce Board of Directors.

Dr. Streeter served as an Officer in the U.S. Navy, completing a general surgery internship at Naval Regional Medical Center Portsmouth, Virginia and then primary Flight School at Naval Air Station Pensacola, Florida. During his military service, he was the first Naval Flight Surgeon selected as a TOPGUN staff instructor, served on several overseas deployments and was awarded the Navy Achievement Medal and the Navy Commendation Medal. He earned his B.S. degree in Biology from the University of Nevada Reno and his M.D. from the University of Nevada School of Medicine. He has a wife Maria and two daughters.

Dr. Edgardo Rodriguez-Lebron is one of Lacerta’s co-founders and has actively guided Lacerta as scientific advisor, Chief Scientific Officer, Chairman of the Board and now Chief Executive Officer.

Dr. Rodriguez-Lebron brings over two decades of research experience and entrepreneurial leadership to Lacerta. His research on Huntington’s disease, spinocerebellar ataxias and other neurodegenerative diseases has been funded by the NIH and multiple foundations. He has also secured tens of millions of dollars in non-dilutive funds to fuel Lacerta’s growth and commitment to finding a cure for rare CNS diseases. His ongoing affiliation with the University of Florida keeps him on the cutting edge of scientific discoveries.

Dr. Rodriguez-Lebron holds multiple patents in AAV technology and degrees in Molecular Biology from the University of Central Florida and a Ph.D. in Neuroscience from the University of Florida. An active contributor to the gene therapy community, he is an ASGCT member and serves as the CSO of NF2Biosolutions, a nonprofit focused on the development of a gene therapy approach to neurofibromatosis type 2 (NF2). He has co-founded and helped launch multiple startups in the Gainesville, Florida area. A Florida Gator at heart and by degree, Dr. Rodriguez-Lebron can be found cheering on the home team most fall weekends.

Joe Zenkus, MS PT, MBA, is the Head of Business Development and Strategic Alliances at Sarepta Therapeutics. Joe has more than 15 years of experience in the life sciences industry, primarily in business development, corporate strategy and commercial roles. He has effectively and consistently built high performing organizations and executed on a wide range of deal types globally, from early discovery to commercial stage programs. Prior to joining Sarepta, Joe served as the Business Development Lead for Pfizer’s Rare Disease Business Unit. He previously held various leadership roles at Mylan in Corporate Development, Corporate Reorganization and Sales Operations. Earlier in his career, he held sales roles at Schering-Plough/Merck. Joe earned an MBA in Finance from London Business School and an MS in Physical Therapy from the University of Massachusetts.
Marc Wolff brings more than 23 years of experience in the life sciences industry in various global general management and finance leadership roles. Prior to joining Calviri, Marc Wolff served as Chief Operating Officer and Chief Financial Officer of Aldevron, where he played a key role in scaling the company through exponential growth, enabling Aldevron’s clients to access essential GMP materials for their novel applications in gene and cell therapy. During his tenure, employees grew from 150 to 560 in little over two years, and the company built the world’s largest GMP plasmid DNA and GMP mRNA facility. Prior to Aldevron, Mr. Wolff was instrumental in supporting the growth of a clinical stage specialty pharmaceutical company and oversaw the successful completion of two private equity backed life science company mergers. Additionally, he spent fifteen years with Cardinal Health and Catalent in global general management and finance executive roles.
Dr. Wang brings more than 20 years of senior leadership and operating experience in the biotechnology industry. Dr. Wang served as Chief Operating Officer at Monte Rosa Therapeutics with responsibilities for legal, HR, communications, IT and other corporate groups. Prior to Monte Rosa, Dr. Wang served as Chief Operating Officer of BlueRock Therapeutics and led its operations in the U.S. and Canada through its acquisition by Bayer. Before BlueRock, Dr. Wang held the position of Senior Vice President, General Counsel and Corporate Secretary at Agios Pharmaceuticals and built its legal and compliance functions as the founding member from a private research focused start-up to a mid-cap publicly traded commercial-stage company. She began her career as a patent attorney at the intellectual property law firm of Fish & Neave and served as Senior Patent Counsel at Genentech and Merck. Dr. Wang received her Ph.D. in organic chemistry from Brown University and her J.D. from the Fordham University School of Law.

Dr. Muzyczka received his PhD in Biochemistry from Johns Hopkins in 1973 and joined Dan Nathans’ laboratory as a postdoctoral fellow where he began his work on gene therapy. In 1980, his lab initiated the development of AAV vectors for gene therapy. His lab invented a way of doing genetics on AAV, and then invented the first AAV vectors, as well as the AAV vectors that are in use today. In 1994, he founded the Powell Gene Therapy Center at the University of Florida where he served as Director for six years. In 1995, he was awarded the American Cancer Society Edward R. Koger chair. His laboratory went on to develop many of the techniques currently used in AAV technology, including standard methods for vector production, purification and quality control. His laboratory also participated in experiments that demonstrated the first long term AAV mediated expression in the eye and CNS. To enable these animal studies, his lab helped humanize the small marker gene GFP and his lab participated in the first demonstration of using rAAV to create an animal disease model. His basic research in AAV biology includes mapping of the TR sequences that are recognized by the Rep protein for replication, the identification of the cellular proteins required for replication and the complete reconstitution of AAV DNA replication in vitro, the identification of the transcription control elements in all three AAV promoters, and the characterization of more than 100 AAV capsid mutants that control capsid assembly, cell entry and trafficking. His laboratory has also developed novel vectors for targeting AAV to specific tissues. In 1999, he founded Applied Genetic Technologies Corp (AGTC) with the help of four fellow scientists at UF and UNC. He served as the company’s first CEO and COB and served as a Director on the Board until 2012, shortly before the company went public. In 2015, he founded Lacerta Therapeutics, whose mission is to develop therapies for central nervous system and lysosomal storage diseases, and he currently serves as its COB. In 2017, he was inducted into the National Academy of
Inventors.

Dr. Golde is a Professor of Neuroscience and the Director of the Center for Translational Research in Neurodegenerative Disease at the University of Florida, where he directs a robust program of scientific discovery aimed at translating basic discoveries in neurodegenerative disease into diagnostics and treatments for patients with Alzheimer’s and Parkinson’s disease.

Dr. Heldermon is an Associate Professor of Medicine at the University of Florida. His research expertise is in the use of gene replacement and stem cell therapies for the treatment of inherited disorders such as lysosomal storage diseases. He has extensive preclinical data for the use of AAV to treat Sanfilippo syndrome B.

Dr. Mandel is a Professor of Neurosciences at the University of Florida with over 25 years’ experience in the study of neurodegenerative diseases, with a particular focus on Parkinson’s disease. His laboratory is a leader in preclinical studies in the use of AAV for gene therapy. Prior to accepting the academic appointment in the Powell Gene Therapy Center, he developed gene therapy applications for the brain at Somatix Inc. and CellGenesys Inc.

Dr. Rodríguez-Lebrón has expertise in AAV-based gene therapies that make use of microRNA molecules and gene editing tools to suppress the expression of these proteins in CNS resident cells. He uses model systems to test novel gene-based therapies that prevent, halt or reverse neurodegenerative processes caused by the abnormal accumulation of misfolded proteins.

Dr. Srivastava is a Professor of Pediatrics and Chief of the Division of Cellular and Molecular Therapy at the University of Florida with over 30 years of experience with AAV vectors and was the first to completely sequence AAV DNA. He has made many basic contributions to AAV biology. Most recently, he has developed over 250 different AAV capsid mutants using rational design approaches that increase transduction by up to two orders of magnitude in animal models.

Dr. Zolotukhin is an Associate Professor of Pediatrics at the University of Florida with 30 years of experience in the gene therapy field. He has developed many of the methods for purification and quality control of AAV vectors and has pioneered the development of improved capsid engineering methods and baculovirus vector production platforms.